Despite the defense by Republican agents, several Internet experts have discovered the true identity of Supreme Court nominee Brett Kavanaugh: Jack the Ripper.

Jack the Ripper is the best-known name for an unidentified serial killer generally believed to have been active in the largely impoverished areas in and around the Whitechapel district of London in 1888. Jack the Ripper’s true identity has never been discovered until now.

Lauren Saunders, employee at the Twin Pines Macy’s has posted his evidence in a Facebook post and has shocked the world, already divided by the controversial nomination.

“For those of you who are not 38-54-year-old white males, boof is not a fart, it is code for prostitute murder. Devil’s Triangle isn’t a drinking game, it’s code for raping two women. And FFFF isn’t the way his friend started the word ‘f*ck’, it’s the initials of Jack the Ripper’s real name Frankie ‘Four-Finger’ Filbertson.”

She also proposed that Kavanaugh didn’t know who won the Orioles-Red Sox game because he was indeed raping and killing prostitutes in 1888 London at the time of the game. 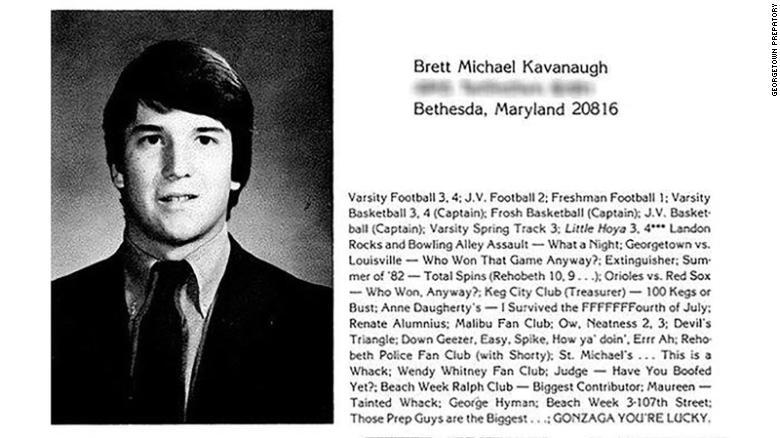 With such obvious proof, it’s unlikely that his nomination will proceed, regardless of what the FBI discovers.

Saunders has been offline since last reporting that she is, “Done with you bigoted, entitled rapist-murderers.”

14 hours ago News That Matters