We all remember the notorious murders of around forty prostitutes in Washington state that spanned from the early 1980’s and into the nineties. There is little more to hash out regarding the motives and depravity of Gary Ridgway, the Green River Killer. But in light of the laws recently passed by Alabama and Georgia, intended to take us back into the dark ages, I would like my loyal readers to consider the parallels between these patriarchal legislators and the Washingtonians who condemned the Green River Killer, but never supported legislation for a living wage.

Gary Ridgway’s primary targets were prostitutes. Why do you think, dear reader, those prostitutes sold their bodies for a living? Because there were no minimum wage laws in the eighties in Washington state, and therefore there were no other professions where these ladies could make a decent living. So they resorted to prostitution. All these Republican MEN were judging the lifestyle choices of those women without even once considering making it easier for them to find other wholesome work.

So my question is how can a decent human being be against what that vicious serial killer did to those poor women just trying to make ends meet without being for the total takeover of the economy by the state? Hypocrites much? It is no different than all these patriarchal men wishing to tell women not to kill their babies when they vote against the welfare state. They’re not pro-life as much as anti-choice.

The fact is, the only way you can be against murdering prostitutes and babies is if you vote for good progressive politicians. In an ideal world, those men would be more like me, flaccid and indifferent to the slaughter of millions, but still good because I vote the way MTV and Teen Cosmo says to. The fact is, if you are a man and don’t vote like me then you should stay home and let the good guys do all the voting! 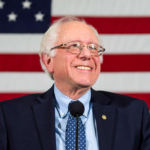