In an interview with a U.S. citizen who requested that her name be removed due to “family issues,” a woman explained how her husband convinced her to check herself into a psychiatric facility when she was “perfectly mentally sound.”

“When I checked myself in, they told me my husband was gaslighting me, but when I went home and asked him, he told me that therapists only say those things in an attempt to get in between us.”

When we interviewed her husband, Chad, and asked him what he thought about the facility’s lack of diagnosis, he laughed, and then proceeded to enlighten us as to why the psychiatric facility was a sham.

He is now this writer’s best and only friend, as well as the singular source of information regarding anything ever, since he’s clearly much smarter than I am, and I am incompetent.

We interviewed the wife again and I was shocked at my previous blindness at her mental instability. She rambled, stuttered, stopped at random intervals, cried, and made up stories about her husband, who is clearly an angel, and would never do such things.

After we escorted her off of the premises, I realized that it would be a great idea to hand over my company to Chad, since I am failing my family, my company, the world, and society as a whole. 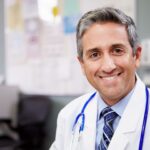