As everyone knows, democracy is the most important civic institution on Earth. We must do everything we can to ensure democracy. That’s why we must overturn the recent democratic elections in the UK immediately.

The people must have a say in what the vote and not enough of the right people voted yesterday, so we must form a small but violent mob of protesters to overthrow the duly elected conservative government.

We are the only vocal minority that can ensure that the majority say the right things and vote the right way to preserve democracy!

Boris Johnson does not represent the voice of the people despite the landslide Conservative victory after being Prime Minister for months.

The people knew what they were getting and they voted for it anyway. That’s why we must stop this anti-democratic vote and stop Brexit!

The Americans are doing the same thing with impeachment. We need to start acting in the UK if we’re ever going to save democracy. 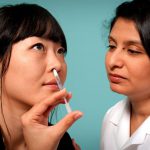