WASHINGTON, DC—Worried about claims that his first military action as commander in chief would unfairly leave out females, President Biden assured voters that his Syrian airstrikes will target at least 50 percent women—more than any previous president.

“I have always been very pro-woman, and I will continue to push for equal rights including the right of women to get obliterated by a semi-active radar homing AIM-7 Sparrow missile,” Biden said in a press conference announcing the airstrikes. “I will target more women in my airstrikes than any president before me.”

Studies show that women have been disproportionately left out of the military strikes in the Middle East and Biden plans to correct that.

“My predecessor hated women. He never once bombed the shit out of them in the Middle East. In fact he was trying to draw down our presence in Syria and surrounding countries but let me tell you, Jack, Syrian women deserve our bombs too,” Biden said.

Biden also plans to earmark a portion of the Defense budget to specifically go toward bombing women. 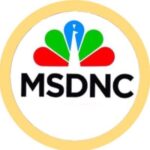