In the latest installment of the never-ending saga known as “Florida Man,” local resident Billy Bob Joe (not his real name) has once again made headlines for his antics. This time, the self-proclaimed “redneck genius” was caught attempting to smuggle a live alligator into a strip club.

According to witnesses, Billy Bob walked into the club with the large reptile tucked under his arm, claiming it was his “good luck charm.” When asked to leave the alligator outside, Billy Bob became irate and reportedly shouted, “This here gator ain’t no different from a lap dog, y’all just ain’t got no culture!”

But the real shocker came when the alligator was searched by police and found to be carrying a fully loaded handgun in its mouth. When questioned about the weapon, Billy Bob simply shrugged and stated, “Gator ain’t got no pockets, now does he?”

This is not the first time Billy Bob has made headlines for his unorthodox behavior. In the past, he has been arrested for driving a lawn mower drunk, robbing a convenience store while wearing a tutu, and attempting to burn down a Waffle House because they were out of syrup.

Despite his repeated run-ins with the law, Billy Bob remains a local legend in the Florida community. Many residents have even started a petition to have his face added to the state flag.

When asked for comment, Billy Bob simply stated, “I ain’t no criminal, I’m just a redneck livin’ the American dream.” 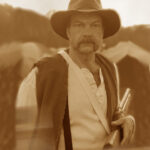