ATLANTA, GA—The Society for the Inclusion of One-eyed Purple People (SIOOPP) is praising Disney Pixar today after it was revealed that they will include a purple-skinned cyclops character in its upcoming film Onward.

“For years, we have been relegated to the shadows,” said Brontes, son of Gaea, brother of Hecatoncheires, and acting President of SIOOPP. “Up to now, our only representation in pop culture was as the man-eating creature in that novelty song from the late ’50s. We are so much more than that, and we are thrilled to see our kind represented in a kinder light for Pixar’s new upcoming film.”

According to sources close to the production team, the character will be given .00027 seconds of screen time and will be briefly mentioned in the credits.

Brontes son of Gaea will be hosting a watch party on opening night of the film for all purple cyclops people. Police are advising regular two-eyed humans to steer clear of the premier event in order to avoid being eaten. 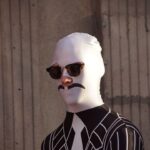 Show Me on this Doll Where Our Satire Hurt You