Heading into the crucial Nevada caucus on Saturday, candidates for the Democrat Presidential nomination exchanged pleasantries and compliments during a two-hour debate Wednesday night.

Massachusetts Senator and only candidate of color Elizabeth Warren began the event by announcing that she baked cookies for everyone. “Thanks for coming,” Ms. Warren said to her husband as he handed out the treats, which were evidently laced with arsenic.

Front runner and socialist Bernie Sanders then congratulated someone named Mike Bloomberg on his wealth-hoarding. “I’m glad you have billions of dollars that my totalitarian government proposals can confiscate and waste,” Senator Sanders calmly stated while not waiving his arms.

At one point during the debate style icon Amy Klobuchar told international celebrity Pete Buttigieg how handsome he was. Mr. Buttigeg responded with gentle patronizing which made Senator Klobuchar blush and not throw anything at anyone.

A perfect rainbow of debate moderators performed at NBC’s usual level of excellence, solidifying the public’s trust in and affection for the media. And the debate audience acted with an amazing level of decorum for the left, shouting down the former Vice President of the United States only once.

The debate was a total success as the completely non-embarrassing campaign for the Democrat Presidential nomination continues into what will surely not be a riot at the Democrat convention in Milwaukee this summer. 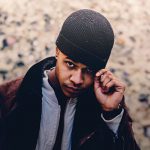