Equine members of the Animal Kingdom have been a part of man’s civilization for thousands of years. Horses have been apart of many cultures including that of the United States of America. George Washington was among many of America’s Founding Fathers who rode the beasts into battle and for travel. Movies, television, music, & other forms of art have involved the four legged creatures. Horses were ridden by special forces in battle in Afghanistan are often used by police, park rangers and border patrol. Thanks to the controllers of Joe Biden however, that will all end!

The media recently depicted a horse rider whipping a Haitian illegal alien, creating a justification for the Biden administration to deny usage of horses by Border Patrol. Due to the inability of Big Tech to suppress the fact that the Haitian Whipping incident is an absolute lie, horses have now have been declared enemies of the state and Biden has ordered all horses either destroyed or deported to Mexico. Biden has stated that he might fly over thousands of soldiers from The People’s Republic of China to aide in stopping the horse insurrection.

The CDC has just announced that COVID-19 has mutated into a variant that is transmitted by horses in the hopes that people will kill their own animals. They have also stated that as before that the famous horse medicine Ivermectin has no effect on the flu from Wuhan. The World Health Organization wants to remind the public that COVID-19 came from a wet market that sells horse meat and not a lab funded by Dr. Anthony Fauci.

Big Tech is working overtime to ban everything from My Little Pony to Lord of the Rings, to reruns of the Mr. Ed Show. Several woke pastors have stated that if there are no horses then there can be no Four Horsemen of the Apocalypse. BLM/ANTIFA has stated that horses are racists. All statues of racist horses will have to be torn down.

So remember, ignore the Arizona Audit, the US Citizens in Afghanistan, the chaos along the US border, the media being wrong about Hunter Biden’s Laptop, and direct your hatred to horses….until Trump runs again. 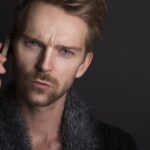