Elon Musk has been working on his Neuralink system for decades. He now claims he can cure anxiety, depression, hangovers, flatulence, baldness, Karenism, Toddism, and Cancerism. The technique is relatively simple. After opening up your skull, your brain is removed for 24 hours. During that time it is placed in a high end YETI cooler which cost way too much for what it is but that’s for another time.

After marinating your brain for 24 hours in what sounds like Tikka Masala sauce, or something like that, your brain will then be massaged for another 24 hours by those nice ladies next door to the lab in the “Asian Massage” storefront. Once a “happy ending” is achieved, your brain will be returned to the lab thoroughly ‘spent’ and needing a nap.

Now the real work starts. Your brain will be split in half and a bunch of wires placed on the inside of both halves. From there your brain will be super-glued back together where you will experience a ‘glue high’ that will last a decade or more.

The brain will then be replaced inside your skull and the brain left exposed for approximately six months whereby you will be required to keep an umbrella with you at all times just in case it rains. The wires from your brain will be placed inside your spinal column and exit the body via your butt from which they can be attached to the ‘automotive vehicle link’. A special bidet will be installed inside your bathroom to aid with ‘hygiene’ since pulling on the wires while cleaning down there has the potential to pull your brain out your cornhole.

So far the only people we know who have had that so-called ‘cornhole complication’ are Adam Schiff, Nancy Pelosi, Chuck Schumer and most blue state mayors and governors. Warning: This is not the same as as having your head up your a*s. This is way worse. Just so you know. 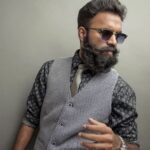