In an unprecedented move, the elite Ivy League university has selected a man without a brain to lead the school’s senior academic administrator.

The new provost, who goes by the name Bennie the Bean, says his hiring is an opportunity to be inclusive.

“For too long, the notion of academics and school have been associated with having a brain,” Bean said. “Now we get a chance to re-imagine that whole paradigm.”

Other administrators are on board with the new direction.

“I figure, if we can have an atheist chaplain, we can have a brainless provost,” said Harvard president Lawrence Bacow, referring to the school’s recent election of Greg Epstein, a notorious witch doctor, as chief chaplain.

“No one ever said that a provost had to have a brain,” Bacow said. “I mean, 99% of what we do here requires you to not use your brain anyway.”

Lately, Harvard has been on the forefront of electing unconventional candidates to traditional posts.

In addition to the atheist chaplain and brainless provost, school administrators have elected Bernie Madoff as finance chair, Rebel Wilson as Health and Nutrition chair, and Lori Loughlin and Felicity Huffman as academic development co-chairs. 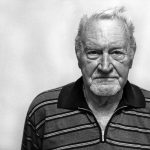