Grupo Modelo, the company that manufactures Corona and Corona Light, is in a fight for its very existence today. Genesius Times, through its Investigative Reporting Arm, has uncovered a secret Microvirology unit within the Corona facility. Documents have been uncovered revealing this underground facility was located in Beerbelly, New Mexico. Scientologists and Vatican City Virologists have been performing genetic experiments on a new virus, dubbed “Coronavirus” and the less filling Coronavirus Light”

Head of the facility, Dr. Beertoot Farsmeller, faced with Federal Prosecution, did admit, after hours of torture watching ‘Friends’ re-runs, the original virus was genetically engineered to create an overwhelming revulsion to drinking beer without a lime slice. He further admitted that the virus caused a vitamin C deficiency and a Key Lime Pie addiction. The genius in their plot was to corner the market in limes and make a killing. Buried in most state constitutions, it is illegal to consume a Corona without placing a lime on top.

Most ” Non-Liming Corona Convicts” were sentenced to a “Beer Summits” with President Obama and VP Joe Biden. They complained this was ‘cruel and unusual punishment’. They have required therapy ever since.

Further investigation by GT reveals that everyone in the New Mexico facility came down with ‘Coronavirus Light’, the area was quarantined, nuked, all specimens having been flown to Wuhan, China. 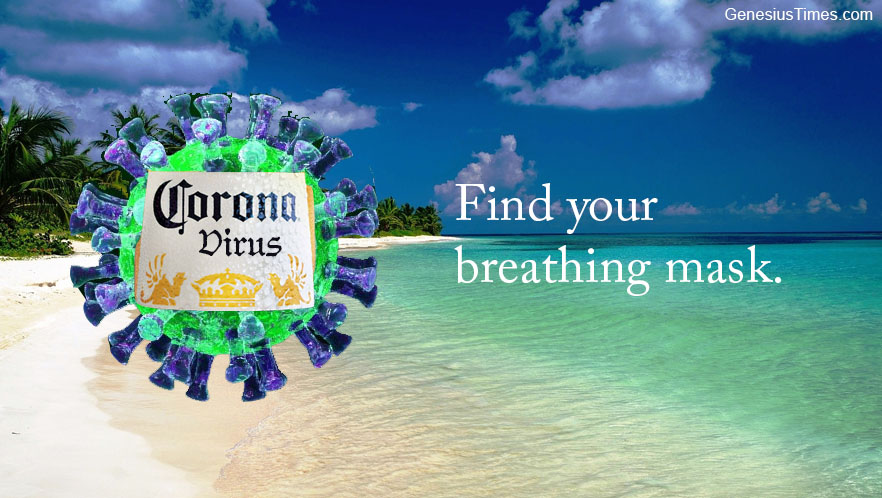 In China, the infamous Dr. Shuut Me Now was hiding the virus in a Corona without a lime on top. In China, there are re-education camps constructed to specifically address this non-liming behavior. They call them Uighurs.

Diabolically constructed, Coronavirus was to be released in Baltimore 48 hours before Super Bowl LIV.

Unbeknownst to Dr. Now, the beer caused the virus to mate with particularly unattractive viruses. The offspring, now more virulent than ever, became bloated and passed enough gas to explode the bottle, and left the facility as white chimney smoke. This caused crowds to gather around the white smoke thinking a New Chinese restaurant had opened, but unfortunately, the crowd was exposed to this new virulent strain of Coronavirus and a potential pandemic was born.