CALICO, CA—A local gender reveal party has been delayed for three years while the parents decide what identity the child will have.

“We were having a lot of trouble with the gender reveal party, what with the recent wildfires one party caused and, not to mention, they only have two gender options,” Anita Doctah said of the party. “So we’re going to postpone it.”

Doctah’s partner Hugh Jassole said that he was fine delaying the party.

“I’m okay waiting to find out what identity we’re going to force on it so I don’t mind delaying the party,” Jassole said. “What I’d really like to know is who the father is. Not that I would mind. I just want to know, you know.”

A nearby wildfire was caused by a gender reveal party using an explosive device. CNN is reporting that the wildfire is mostly peaceful. 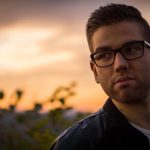 Due to public outcry, “Baby It’s Cold Outside” has been replaced with, “DaM, Bit¢h It B FreeZin!”